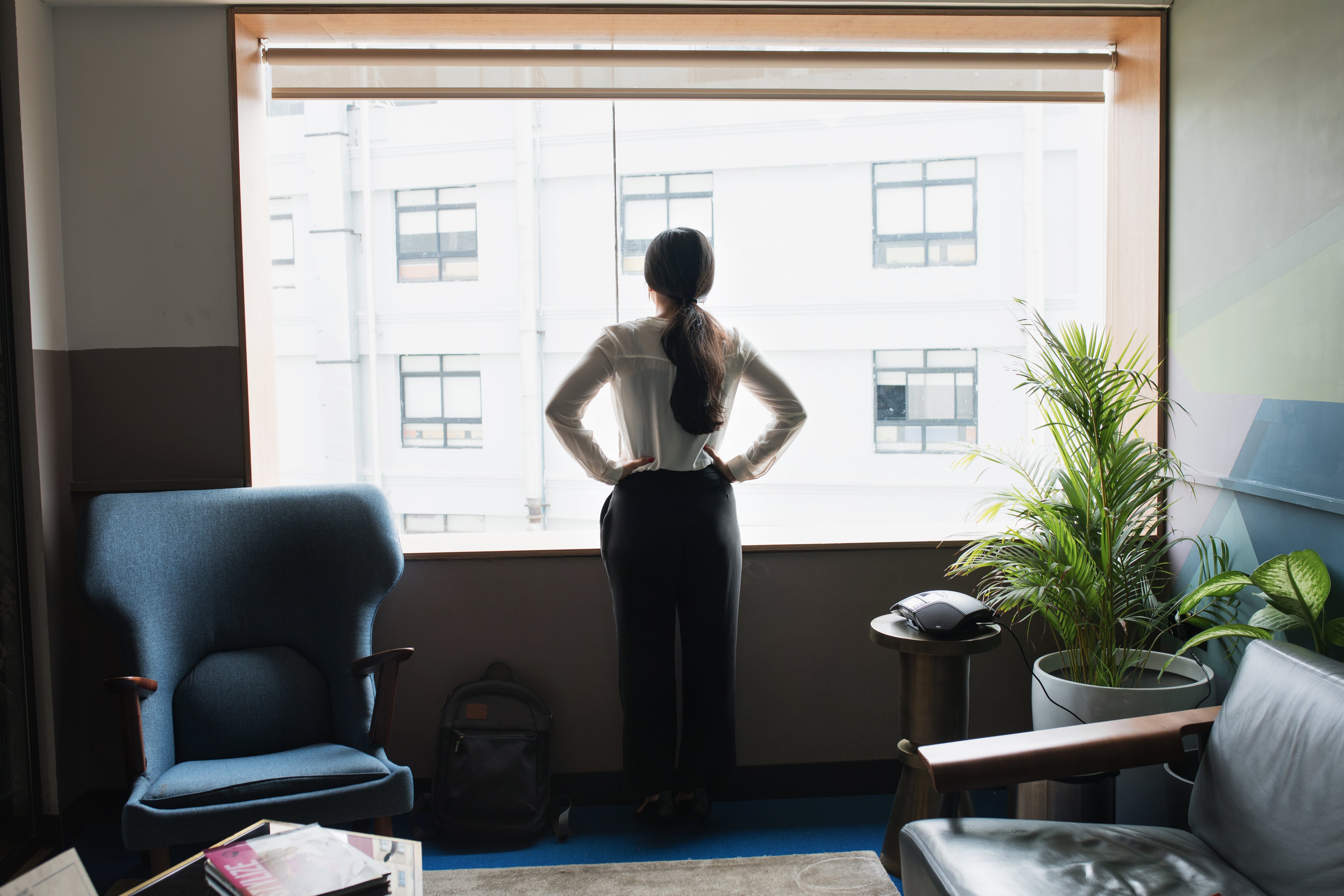 In corporate Canada, the corner office is still largely a mans world. Roughly 3% of publicly listed Canadian companies are lead by a female CEO. Unfortunately, female representation on company boards could use some improvement as well.

With only 3.5% of Canadian companies having a female board member, it’s clear that many women executives face challenges reaching the top of the corporate ladder. It’s important to talk about where we are, so we can get to where we want to be, and achieve gender-diversity targets across corporate sectors.

Here’s is a list of Canadian women CEOs who are rethinking and innovating every-day products and services, making them more inclusive for all human needs. In tandem, by breaking long-held and outdated norms, they’re making a significant social impact on the lives of both women and men.

Joanna Griffiths truly embodies all things  entrepreneurship. In 2013, she invented an absorbent and scent-resistant underwear for women to deal with “little leaks” and sold it via a crowdfunding.

Today, Knixwear is one of Canada’s fastest growing retail companies, it sells a product every 10 seconds, and has become a body-positive movement vs. just a brand.

“I had no background in apparel. I had never owned my own company before. I was probably the least qualified person on the planet to start a business. What I did have, was this serious, serious passion for women, to change the way women felt about themselves and felt about their bodies”

– Joanna Griffiths, Founder and CEO, Knixwear, in an interview to fashionista.com

Apart from a product line that serves a need that was never met, Knixwear’s growth is driven by the social conversations that it encourages. Griffiths has intentionally used Knixwear’s marketing to showcase her customers, and their diverse body-types. Its online community has become a safe space for women to share their insecurities, talk about fertility issues, motherhood, body image and more.

Going forward, this CEO’s goal is to reinvent the $12 billion lingerie market and become a household name.

“I’ve learned that it’s a marathon, not a race, and that has helped.” ﻿

Manjit Minhas traditionally introduces herself as a mother, beer baroness, entrepreneur, and a dragon. The popular host of CBC’s Dragon’s Den started her spirits and beer business with her brother at age 19. Armed with a great business plan and $10,000, she took on big beer and introduced the Minhas brand of affordable and high quality beer in Alberta.

Twenty years later, they boast of 90 brands of beer, spirits, liqueurs and wine across North America, Europe, Asia and South America. They have the 9th largest craft brewery in the USA, and in Minhas’ own words, “there is a lot more to conquer.”

Minhas believes that negotiation is an extremely important skill that all entrepreneurs must cultivate.

“Negotiation has definitely made me successful. I start from a place knowing that everything is negotiable. You don’t get what you deserve in life. You get what you negotiate.”

Committed to her mission, Fiddler calls herself the Chief Changemaker of SheNative Goods, and focuses on hiring indigenous women. Its designs convey the cultural teachings of First Nations along with their symbols, and inspirational quotes like “She believed she could so she did” and “SheWarrior”, that’ve always motivated Fiddler.

“I think often times indigenous people are left out of larger incubators and accelerators, so we don’t feel connected or safe in those types of environments. You don’t see a lot of other indigenous entrepreneurs. This calls for really pushing yourself out of your comfort zone.”

Watching her daughter at play made Traci Costa notice the lack of functionality and comfort in children’s clothing. She founded Peekaboo Beans, a children’s apparel brand that uses high quality fabrics, which are ethically produced to design versatile and durable play-wear for growing children.

The proudly Canadian brand has also been sported by the children of Prime Minister Justin Trudeau and Sophie Grégoire Trudeau at the 2017 Canada day celebrations.

Apart from promoting the importance of outdoor play in children’s lives, Costa also takes pride in the social impact of her business. With its direct-selling model, Peekaboo Beans has over 1,500 independent social influencers that include stay-at-home moms and women who sell to support their families with extra income.

“Our culture is driven significantly by women, with an almost all female staff and board of directors. We are providing a new entrepreneurial opportunity for the educated, millennial mother to build a business on her terms, and never miss the moments that matter in her life, as well as contributing to the household income.”