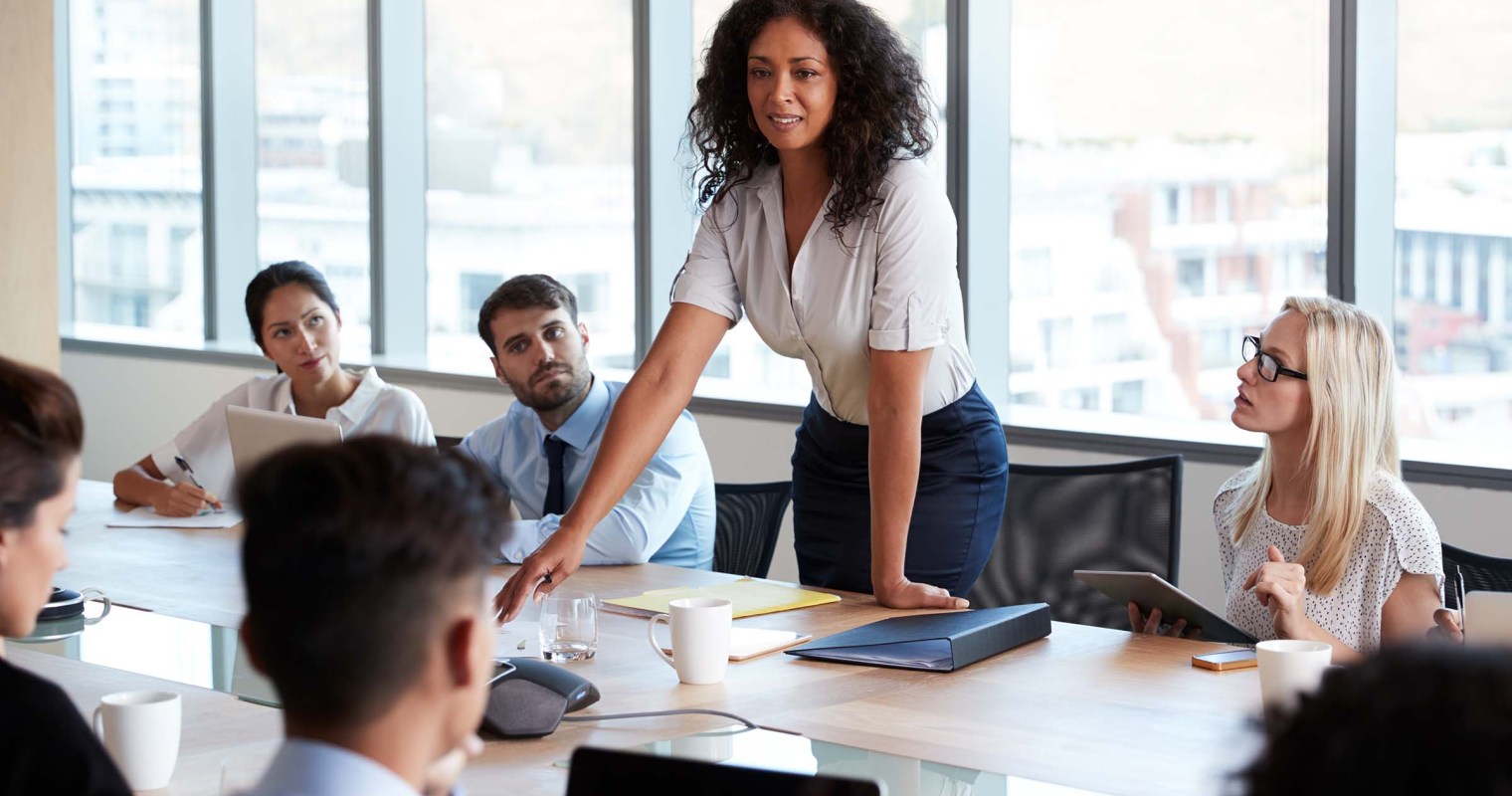 Your leadership skills will play an important role in your success as an entrepreneur. While you might start out as a solopreneur, you will most likely hire and add employees to your team which means figuring out how to become an effective leader.

But effective leadership doesn’t simply drop on your shoulders when you suddenly have a team. There are certain traits and leadership skills that you can develop and grow to become the type of leader who inspires and motivates your team.

When it comes to defining leadership, most of us have our own understanding of what it means. But the meaning changes from person to person. And depending on who you ask, the answer will probably vary.

At its essence, true leadership is the act of motivating and inspiring a team towards a common goal. Leaders help themselves and their team’s progress towards their goals by setting direction, creating and upholding the overall vision, and inspiring each person to do their best.

But leaders not only require the business acumen, vision, and planning skills that help ensure a company’s success. They also need human qualities, like empathy and humility, that help them connect with their team better and turn a vision into reality.

Who is a leader?

The place that most people associate with leadership is in their work environment. There are those that are placed into a leadership role—managers and executives—who help shape the overall direction and goals of the company. Then there are those who step into leadership roles by leading a project or taking up a new initiative.

But you can find examples of leaders everywhere you look. From your workplace to the community you live in, leadership exists in almost every aspect of life. Some places you might find leadership include:

Qualities of a good leader

Leaders hold an important role within society, but it’s important to point out that simply because someone holds a leadership role doesn’t make them a good leader. History shows us there are leaders who have done a less than stellar job.

So, what makes a good leader? These six qualities are important:

True leaders understand the importance of prioritizing their own personal development. One of the most detrimental mistakes that someone in a leadership role can make is believing that because of their position, they are better than those that they lead.

Most of us interact regularly with others that are simply a few steps ahead of you. An everyday leader, like your boss, is usually someone who previously held a role similar to you not that long ago.

Those that prioritize their own development, especially with a focus on emotional intelligence, become more adaptive and resilient. They are leaders who are constantly learning and growing themselves, which means they can help their team members to do the same. This can lead to better communication because individuals who are self-aware tend to be better at accepting and responding to feedback.

2. Focuses on developing others

A big component of strong leadership skills is the ability to develop your employees through inspiration, action, and encouragement. True leaders mentor followers and use tools like coaching and delegation to help grow others on their team.

Instead of doing everything themselves—which almost never results in long-term success—leaders lean on the skill set of others to fill the gaps. They show empathy and strength by adapting to the needs of their team members, and gauging when an individual or team is ready, willing, and able to take a specific action.

Success is often not found in the status quo. Instead, it’s found in encouraging a team to think strategically, innovate, and take action. This helps move everyone towards a collective goal.

Leaders tend to have a flexible mindset and a willingness to listen to those they lead and try new ideas. This is because leaders are future-focused and have a genuine interest in the success of a business.

They play the role of road mapper, setting a practical, inspiring vision and suitable, achievable targets, then instill team development by encouraging members to get creative and innovate so they can surpass that goal.

Ethics plays a critical role in leadership effectiveness. Many of the major disasters that we’ve seen throughout history have been because of a downfall in the areas of ethical and moral leadership.

Successful leaders require openness, transparency, and authenticity. Power and authority come with the role, but using it responsibly and appropriately is important to ensure the success of a leader and their team.

Leaders need to lead by example by taking responsibility for their mistakes and missteps and, only then, can they truly expect the same from members of their team. They also recognize the emotions and experience of individual team members and act accordingly.

Listening is perhaps the most critical part of leadership ability. Leaders who spend more time actively listening tend to have better overall communication, which is crucial for effectively inspiring and motivating your team.

It helps you not only get to know your team members better but understand their motivations and talents. Well-developed, successful teams play on the strengths of all of its members. And the best way for leaders to identify the role that everyone plays is by actively listening.

Not only do leaders actively listen, but they practice cross-cultural communication. This means that they work to communicate clearly with not only their team members but also other teams and players within the larger organization.

They also understand the nuances of communicating across cultures. While this can mean many things within the context of the workplace, it largely includes being able to adapt to the communication styles and needs of others.

For example, the marketing department and the product teams within an organization have their own culture and style of communication. Things like short-hand communication tools and priorities vary between these teams, and quality leaders acknowledge this and learn to communicate between the two effectively by adapting their style.<