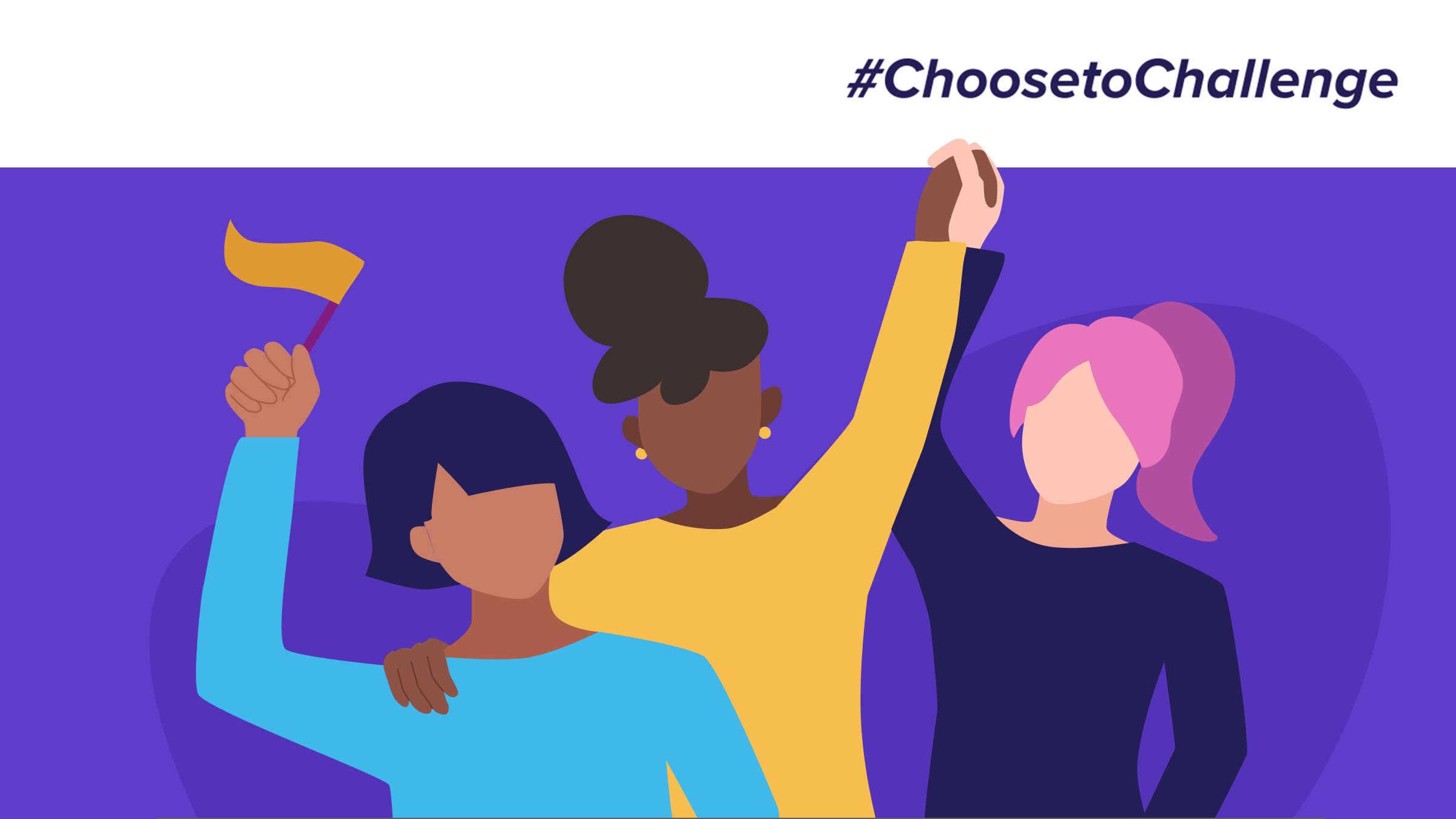 International Women’s Day celebrates the accomplishments and impact women have had around the world economically, culturally, socially, and politically. This year’s focus is #ChoosetoChallenge, which honours those achievements while actively recognizing the need for more change still to come. It’s a rallying cry for women’s voices and equality.

Recognizing women, not just on International Women’s Day but every day of the year, reminds us that without the innovation and entrepreneurship of women, many advancements in multiple fields would not have been made.

To support that, #ChoosetoChallenge is not just a challenge but a movement. It’s a call to recognize gender bias and inequality, and to create a more inclusive world. With challenge comes change.

The #ChoosetoChallenge campaign is a continuation of the vision of International Women’s Day, and encourages people from around the world to stand in solidarity with women by posting selfies with their hand raised and tagging #ChoosetoChallenge, signifying their intention to unite.

Shadi McIsaac attributes her working grit to her parents. Having been raised among entrepreneurs, in 2014 McIsaac earned her MBA from the Rotman School of Management. In subsequent years, McIsaac joined RBC’s Personal & Commercial Banking where she filled the role of Director of Digital Transformation.

During her tenure at RBC Ventures, McIsaac recognized the untapped potential of small and medium-sized businesses and entrepreneurs, and the contributions they make to the Canadian economy. With this spirit, she founded Ownr, a platform that simplifies business registration and incorporation and automates everyday legal work for business owners. Ownr also strives to be an invaluable tool and wealth of information for entrepreneurs to help them manage and grow their businesses. Since 2017, Ownr has helped over 35,000+ Canadians launch their dreams.

Vivian Kaye saw a need in the beauty industry that excluded Black women, particularly in hair-extensions. She saw products being sold that didn’t account for textured hair. “Hair is such an important part of how Black women show up in the world.” So Kaye decided to offer this herself.

From that decision came KinkyCurlyYaki—a best-selling brand of premium hair extensions. Kaye single-handedly built this brand from the ground up and it has now earned over $1-million in revenue.

With her passion and expertise, Kaye has incorporated business coaching, offering her services to other ecommerce companies.

They began in their third year at Queen’s University, Ontario, during an exchange trip to Italy. While travelling the Amalfi Coast, the duo noticed something about swimwear was lacking: coverage in just the right spots while still creating a flattering silhouette.

Bolstered by this idea, Nayeri and Bettio returned to Canada and began brainstorming what would now be their best-selling brand. They wanted a product that lived up to the needs of the everyday woman. By July 2017, 437 Swimwear was launched, which has now rebranded to simply 437 and has expanded to multiple colours, cuts, collections, and also includes apparel.

Throughout their journey, Nayeri and Bettio have remained true to their values, now championing an all-women company. Despite ups and downs, Nayeri and Bettio continue to perservere in creating a luxury brand that is fun, flattering, and for everyone.

When setting out to develop her line of jewelry, Edi Canedo wanted to create a collection of pieces that were “inspired by her humble West Coast upbringing as well as the diverse culture that Toronto provides.” With this mission in mind, in 2014 Canedo founded Cuchara Jewelry—a line of unique pieces that embody longevity, sustainability, and diversity.

Despite the growing success and media coverage of Cuchara Jewelry, Canedo remains true to her small business roots. With only a team of three artists including Canedo, Cuchara endeavours to support other small businesses in the production, supply, and shipment process of every piece Cuchara offers. To move away from the throwaway philosophy of many fashion pieces and promote longevity of fashion and therefore sustainability, Canedo offers a polish and replating program to restore pieces to their original beauty.

In 2020, Canedo publicly supported the shop local movement, which has resulted in an outpouring of support.

Noticing a glaring gap in the ecommerce and small business community that focuses on Black entrepreneurs, entrepreneur Kerin John decided to create an effortless directory of Black-