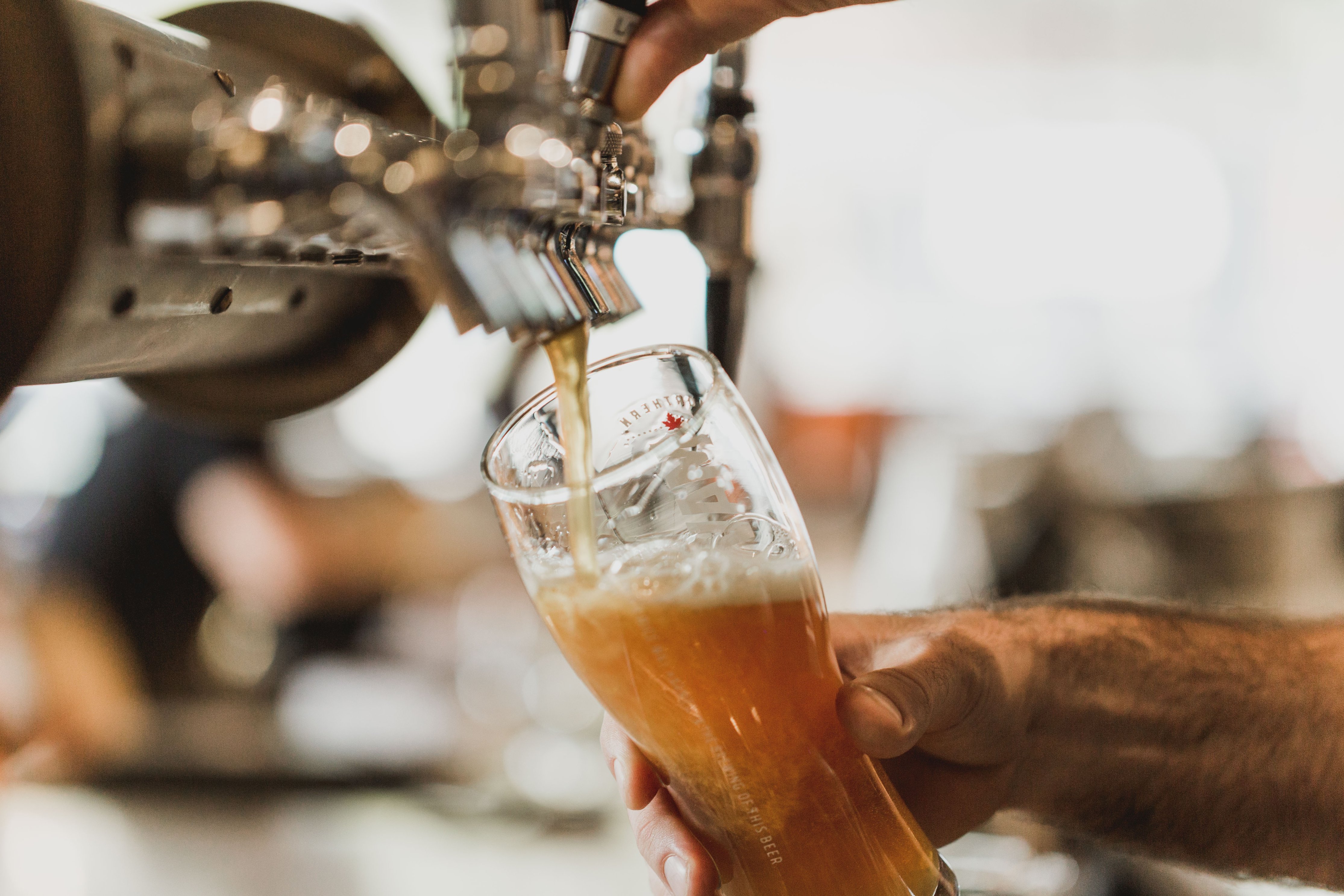 Meet Nick Zubacs: A former designer turned “brew-your-own” supplier at Brew North in Toronto’s east end. Feeling restless and looking for a change, in 2015 Nick decided to open a retail store offering all the supplies home beer brewers need to perfect their craft. Turns out Nick’s passion tapped into a larger food trend changing how we think about the food and drink we consume.

In his previous life, Nick ran a small graphic design studio — a business he’d built after spending a decade working for others as an employee. Although the work was challenging, he says it was also “a grind,”and he wanted to make a go at something else.

In his non-work hours, he’d started home brewing as a personal hobby. In pursuing his craft, he was struck by the lack of nearby suppliers to meet his needs. “Getting supplies meant giving up my Saturday morning and dragging my family across town to load up the car. It seemed to me that if I wanted more local access to home brewing goods, surely there must be other people like me, too.”

Operating on what he says was, “Really nothing more than a hunch,” he decided the time was right for a retail brewing supply store closer to home. The store, he planned, would capitalize on the “locavore” movement of growing your own food, combined with the rising popularity of small-batch, craft beers. It would also feed Nick’s need for a creative outlet, and his joy in learning everything he could in order to brew better beer — knowledge he could then pass on to customers.

“Wearing all the hats”

“I didn’t have a proper business plan when I opened,” he adds. “I’d moved numbers and ideas around, but didn’t have anything concrete.” As a result, he spent the first 24 months discovering, “What people actually want versus what I thought they needed.” In retrospect, he admits his initial plans, “Were all completely wrong.” But the process of planning gave him the confidence to take the leap and open the store: “If I’d waited until I had it all figured out, I’d never have done it.”

Today, because he runs the store solo, Nick says his day consists of everything a retail store needs from top to bottom: managing inventory, restocking, marketing, talking to customers, and even researching trends in brewing and technology that affect home brewers.

Nick says his biggest challenge is the time commitment of running both the business and the store by himself. The time required to keep the store going is, “Probably the most unexpected thing next to inventory management.”

As a solo business owner with a retail component, he’s responsible for keeping the doors open at the store, as well as managing all of the behind-the-scenes elements needed to be in place for the business to function effectively. Nick manages marketing and social media, business planning and financial management, keeping supplies stocked and forecasting what’s needed in coming months.

Looking forward, he’s planning on slow-but-steady expansion. “This isn’t a good plan for someone who wants to get rich and retire early,” he says. Instead, his goal is to grow the business each year, while enjoying the process of watching it flourish. And the journey, while gradual, is nevertheless satisfying for Nick. As he’s built the enterprise to this stage, he’s met a lot of people in the brewing industry, along with customers who are as passionate about home brewing as he is. Although he has moments when he says he wonders, “What the heck am I doing,” ultimately, he’s motivated by the opportunity of supporting a small local community of home brewing enthusiasts who share his desire to create the best beer possible.

For anyone thinking of opening a similar business, serving a small-but-emerging niche, Nick says the important issues to focus on are the current landscape for your product or service, how your business will be different, and how your offering will fit into the overall market for your niche.

“I opened this business because I wanted new challenges—and I got them in spades,” he says. “And I sometimes grapple with mixed feelings about the road I’ve chosen, but the net result is positive.” This tempered optimism is what keeps Nick successful as he continues to carve out a path that both meets his needs for creative self-expression, and makes new home brewing opportunities available in his neighbourhood.

Ready to start your business? Ownr has helped over 40,000+ entrepreneurs hit the ground running quickly—and affordably. If you have questions about how to register or incorporate your business, email us at support@ownr.com.

Things our lawyers want you to know

This article offers general information only, is current as of the date of publication, and is not intended as legal, financial or other professional advice. A professional advisor should be consulted regarding your specific situation. While the information presented is believed to be factual and current, its accuracy is not guaranteed and it should not be regarded as a complete analysis of the subjects discussed. All expressions of opinion reflect the judgment of the author(s) as of the date of publication and are subject to change. No endorsement of any third parties or their advice, opinions, information, products or services is expressly given or implied by RBC Ventures Inc. or its affiliates.