Skip to content
Ownr Blog  >  News and Inspiration  >  Why Mandy Rennehan, the Blue-Collar CEO™, Wants To Change the Perception of Skilled Trades

Why Mandy Rennehan, the Blue-Collar CEO™, Wants To Change the Perception of Skilled Trades 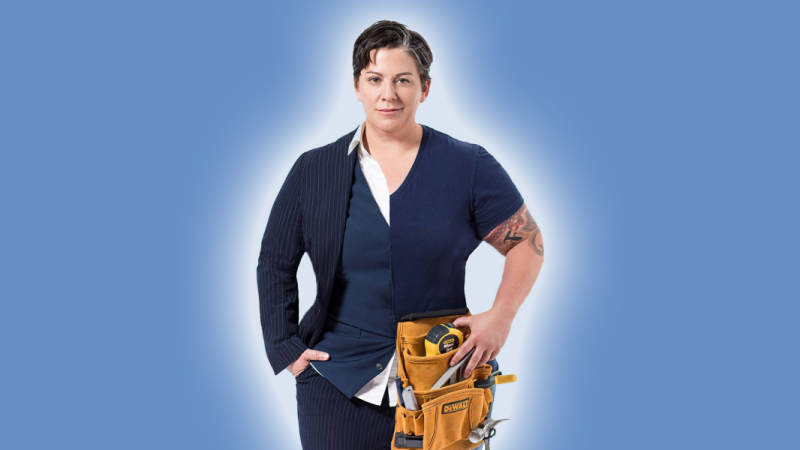 In our Entrepreneur Spotlight, we profile business leaders who are not only successful, but also agents of change. We hope you leave inspired to take action and with a bit more confidence in your unique abilities.

A fisherman’s daughter built one of North America’s most successful retail construction company on the back of pure skill and plenty of dogged determination. Mandy Rennehan, the founder of Freshco and one of the most vocal advocates for skilled trades, inspires us for having carved a name for herself in a male dominated industry. Women are nearly half of the Canadian workforce, but the stereotype of skilled trades being a man’s job has been difficult to shatter, but Mandy didn’t let that stop her. Authentic, uncensored, and a powerhouse CEO, Mandy Rennehan has paved the way for women to pursue career in the construction trades.

With nothing but a dirty hockey bag, 18-year old Mandy Rennehan left her home town of Yarmouth, Nova Scotia to follow her dream of learning the skilled trades. In the seventies, this was an audacious dream for a young woman. But this daughter of a lobster fisherman had learned a thing or two about building things in rural Nova Scotia.

“I knew I was wired differently. I grew up selling bait bags to fishermen, milking cows, training horses, building log cabins – you name it and I was doing it,” she reveals in a candid TEDx Talk. By the age of 22 she had learned many of the skilled trades, and was soon being sought out by big retailers.

Today, Mandy Rennehan has proudly dubbed herself the Blue-Collar CEO™. Her passion for building structures led her to found Freshco (not the grocery store!) in 1995 as a retail maintenance and construction firm. Freshco serves fortune 500 companies across Canada and eastern U.S, and in her own words is the country’s number one retail specialist.

Beyond business, Rennehan is determined to change the stigma around blue collar jobs. “I want to blow open the perception that blue collar jobs are less respectful than white collar jobs. I want people to grow up being proud of maintaining today and building our country of tomorrow while learning multiple trades,” she said in an interview to WBE Canada. She says, it starts with addressing the question, “what do you want to be when you grow up?”

According to Rennehan, the perception that blue collar careers are “second class,” has created a massive skilled trade shortage throughout North America. It’s a huge socio-economic issue that no one is taking seriously, she asserts. “Consumers are paying more, and waiting more. Infrastructure projects are delayed. You think the home renovation industry is overpriced? Buckle up, it will only get worse,” she warns.

Whether it is speaking from coast to coast, engaging with the community, or lobbying with the government, Rennehan is doing